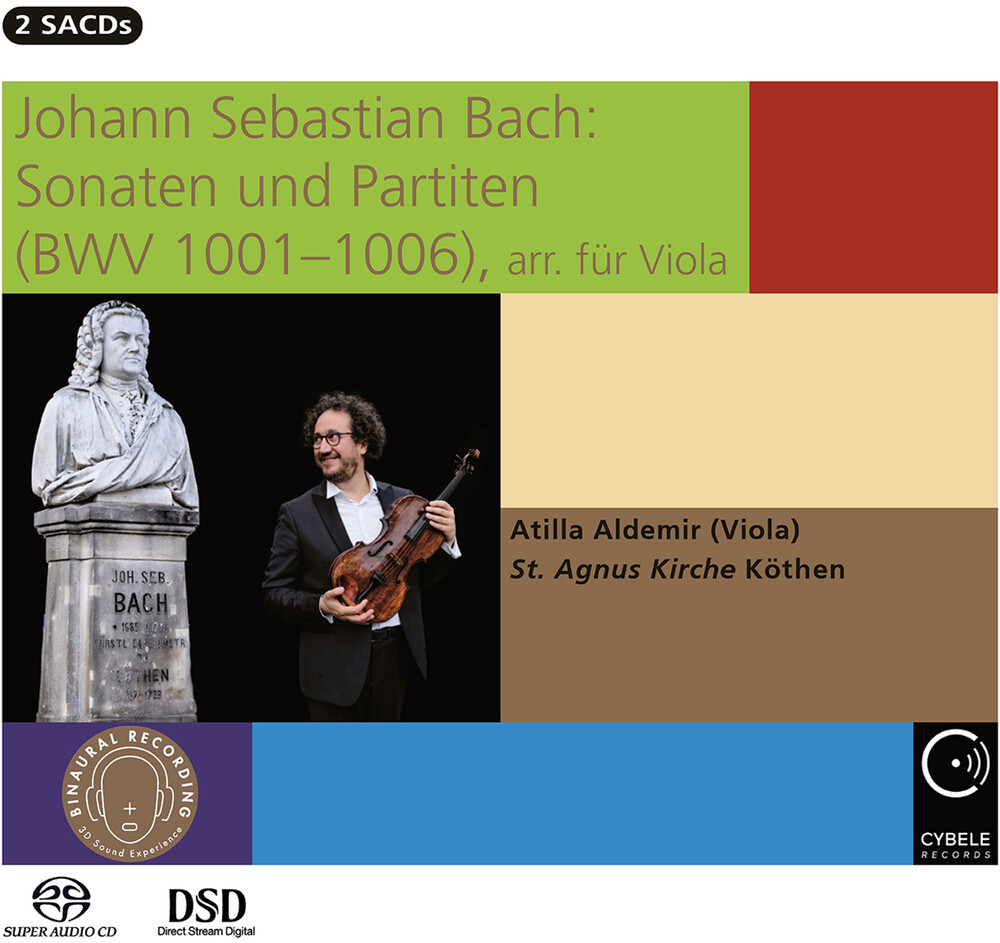 Atilla Aldemir, although equally at home on the violin, chose for his recording of the Sei Soli BWV 1001-1006 in the St. Agnus Church in Köthen the viola as his instrument - and he could well be right historically, although the technical difficulties are increased due to the much larger scale lengths than those of the violin. Johann Sebastian Bach loved the viola: that much is clear! His eldest son, Carl Philipp Emanuel Bach, reports that Bach as the greatest expert & judge of harmony in the orchestra preferred to play the viola. At the end of his life, according to a posthumous inventory, he had in his possession, among other instruments, three violas and a Bassetgen. In all likelihood, Bach himself played this instrument. Further proof of Bach's love for the viola, however, is moreover to be found in another "Köthen" case: the Brandenburg Concertos, which only received their name long after Bach's death. They ought to be called the Köthen Concertos because they were written and first performed there. The viola plays an exceptional role in three of these concertos, for which the history of music provides no other examples up to this time. In the St. Agnus Church, near the castle, Bach went to church with his wife and children to receive communion. And though the church bears a different look today due to 19th century renovations, this situation is still discernible in a touching way. The congregation continues to use the communion tableware which Carlota Anna Elisabaht von Wietersheim donated for the inauguration of the church in 1699 and which Johann Sebastian Bach and his wife also used.