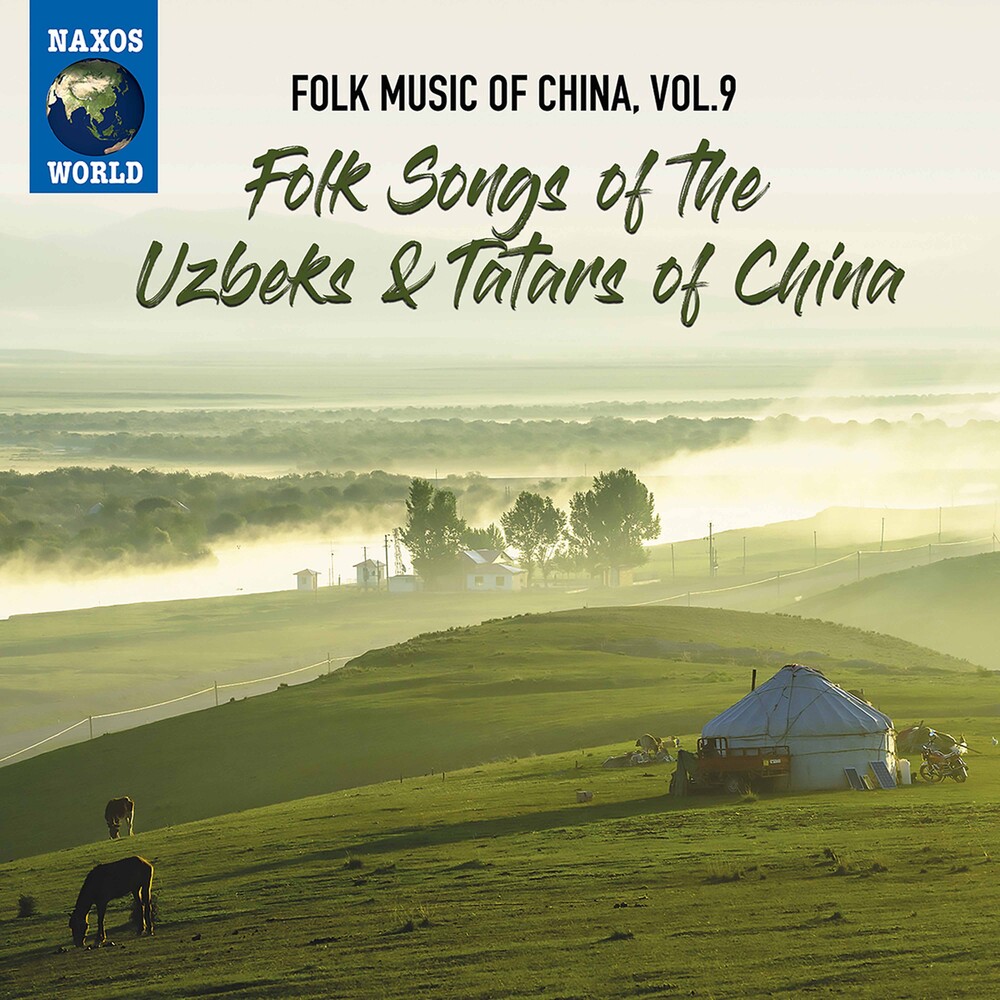 China's rich and diverse musical heritage has been recorded and documented in a stunning, original collection. With fifteen albums in the pipeline, this is a highly specialized series with the appeal of perhaps being the closest thing to the 'complete works' of traditional Chinese music. Each album features a different region of the vast territory; an historical snapshot of China's heritage. Due to the cultural privacy China mandates, these are in fact rare, musical gems. The Uzbek and Tatar peoples both live in Xinjiang province and speak Turkic languages. The population of Chinese Uzbeks is around ten thousand, which is approximately three times that of the Tatars. The majority of these two peoples live in the northern and western regions of Xinjiang province. The Uzbek music displays it's artistic charm with complex melodic variations and gorgeous ornaments. Their instrumental music mainly includes interludes of Shashmaqam and dutars accompany all the Uzbek musical pieces. The music of the Tatars is the gemstone in Xinjiang's musical crown, with many of their songs being popular among different ethnic groups. In this album, the accordion accompanies all the Tatar songs. The kubyz, the brass jew's harp, is another popular instrument among them and they also perform on an instrument similar to a long end-blown flute, the qurai.