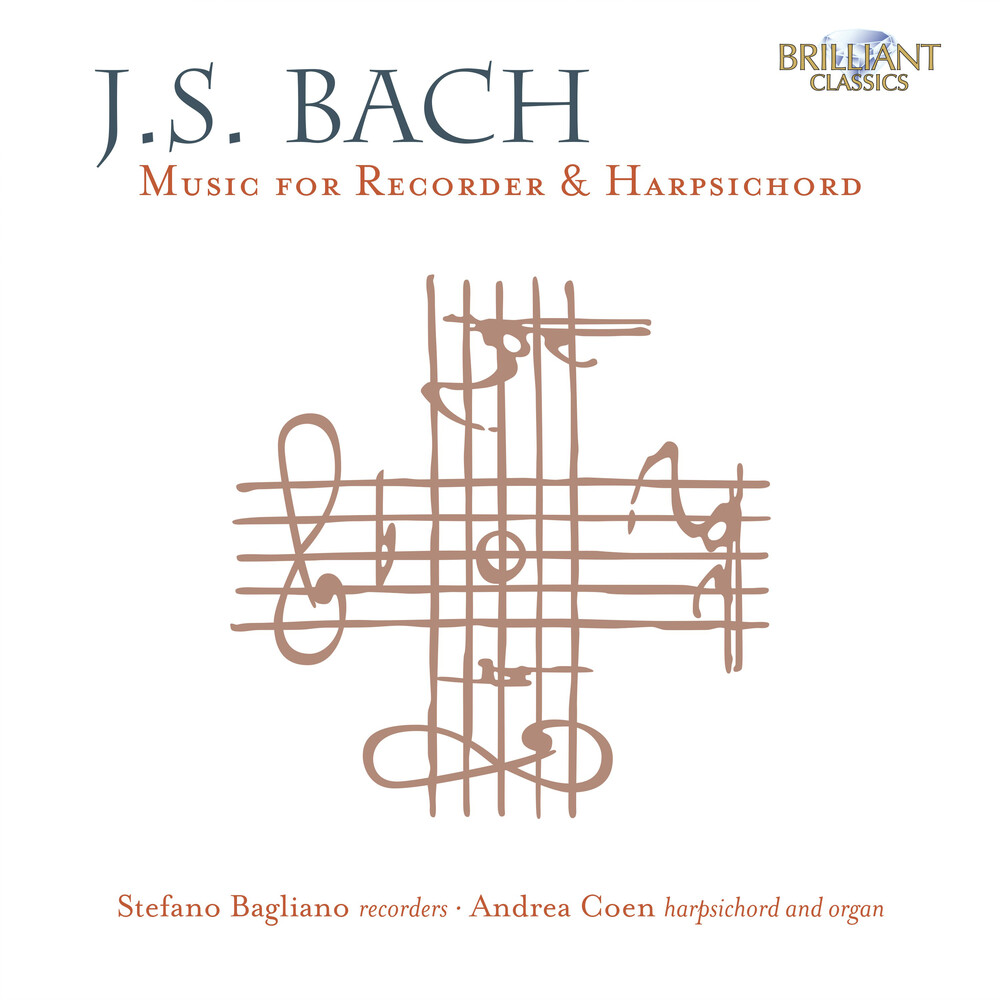 The first half of the 18th century was a period of intense evolution for instruments belonging to the flute family, as materials (wood to metal), sizes and ranges all developed prior to the key-system devised in the 19th century. The recorder (or pair thereof) which plays the starring role in the poignant sinfonia to Bach's Actus Tragicus of 1708 is quite different to the lambent, creamy-toned flute played by Frederick the Great and for which he wrote the trio sonata belonging to the Musical Offering of 40 years later. Whether composed by JS or his son CPE, the sonata BWV1020 has a sunny disposition belying it's minor key even in the lovely central Adagio. This version of BWV1039 - originally designed as a sonata for viola da gamba, BWV1027, then transcribed for two flutes and continuo - features the dark and velvety tone of the tenor recorder in D. Unlike most other recordings of the Flute Sonata BWV1032, Stefano Bagliano and Andrea Coen have completed the first movement from the point where 46 bars are missing from Bach's manuscript, resulting in a more satisfying, musical experience. The chorale 'O Mensch, bewein dein Sunde gross', as the meditative climax of the Orgelbuchlein collection, proves delightfully amenable to an arrangement where the chorale line is taken by the melody instrument, and the two instruments pick out the liveliest inner workings of the Canonic Fugue from the Musical Offering as well as a pair of Contrapuncti from The Art of Fugue (Nos. 6 & 9). Two trio works originally composed with organ in mind round out the collection, which finds Andrea Coen adroitly shuttling between harpsichord and a chamber organ. With wonderfully varied textures and a poetic sensibility to be expected from these two experienced Baroque-era specialists, it's a Bach album to treasure.