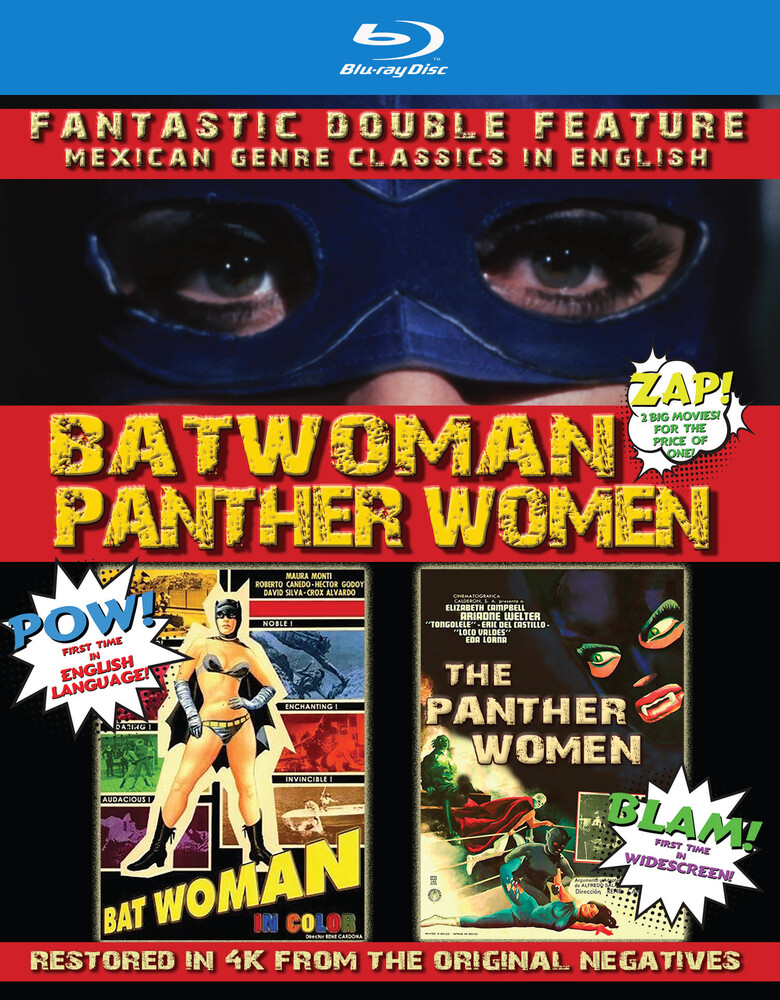 BATWOMAN: After the body of a professional wrestler is found off Acapulco's coastline, the victim, by all appearances, is believed to have drowned. However, the autopsy reveals a very perplexing and disturbing prognosis, when it's discovered the victim's pineal gland has been surgically drained of all fluid. With this prognosis eerily imitating the findings in the autopsies of murdered victims in Hong Kong and Macao, the police turn the investigation over to Mario Roble, who enlists the help of a beautiful crime fighting luchador known as Batwoman. Their thorough investigation leads them to an evil neurosurgeon who is using the fluid in his endeavors to genetically engineer a half fish, half man hybrid.THE PANTHER WOMEN: In an effort to resurrect the dead leader of their satanic cult, the Panther Women must perform blood sacrifices in order for him to arise from his cold grave. Using the wrestling ring as their sepulcher and their unsuspecting opponents as their blood sacrifice's, these beautiful sirens of Satan perform their life-resurrecting rituals, shedding much innocent blood. However, the accomplishment of their goal is thwarted, after Captain Diaz becomes wise to their evil dealings and quest!